Aside from the nominees and, some, well…unforgettable acceptance speeches (you’ve officially gone viral, Jacqueline Bisset), the interwebs are abuzz this morning with the 2014 Golden Globe Awards red carpet hits and misses.

The fashion police may be having a field day with Jennifer Lawrence’s gif-worthy ensemble (are you #lawrencing yet?), but there’s one flawlessly fabulous look the whole squad seems to agree on – Lupita Nyong’o’s boldly beautiful crimson gown by Ralph Lauren. 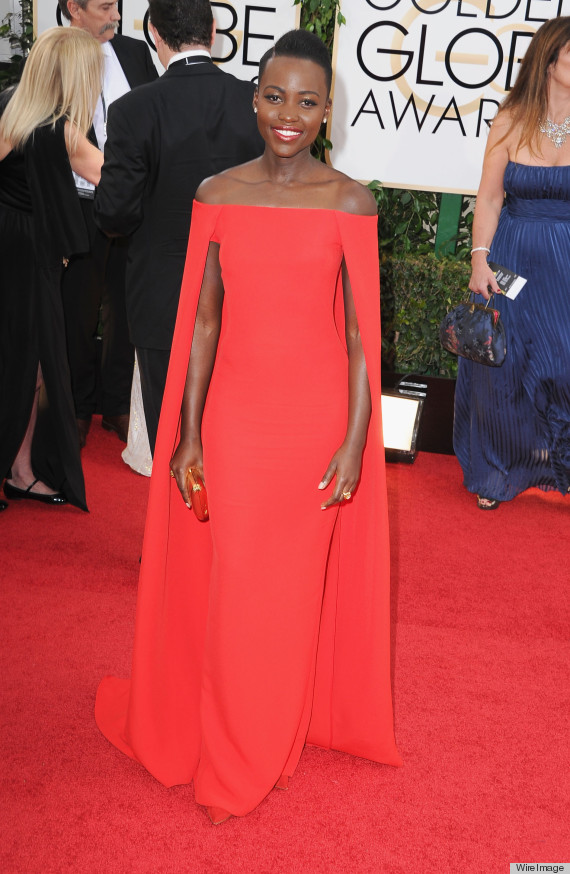 The “12 Years A Slave” actress stunned in this breathtaking number, with a cape design that’s very reminiscent of Gwenyth Paltrow’s famous 2012 Oscars dress by Tom Ford. And while we are in total agreement about the top 5 lists nearly every entertainment site is featuring in their 2014 Golden Globes Best Dressed (Margot Robbie’s sleek and sexy Gucci, Naomi Watts’ marvelously metallic Tom Ford and Amy Poehler’s  svelte look in Stella McCartney), we’d like to discuss the understated, classic elegance exuded by Downton Abbey’s leading beauty, Michelle Dockery. 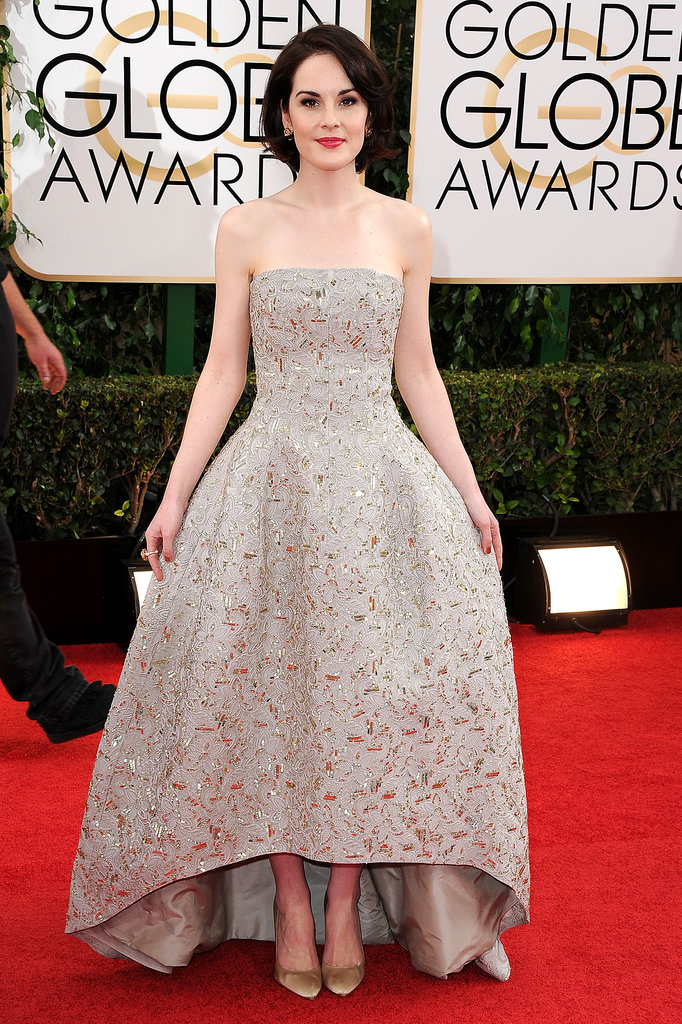 It may not be a bold, daring scene-stealer, but the style, color and overall look of this sophisticated hi-low silhouette by Oscar de la Renta suits Dockery’s features perfectly.

Who do you think best rocked the runway at this year’s Golden Globe Awards? Sound off in the comments!